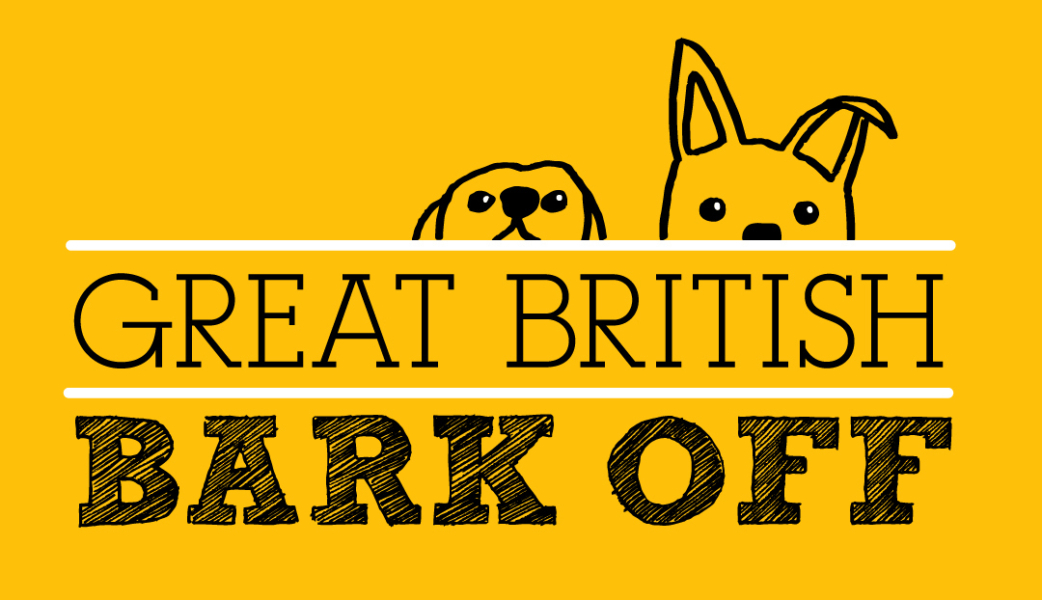 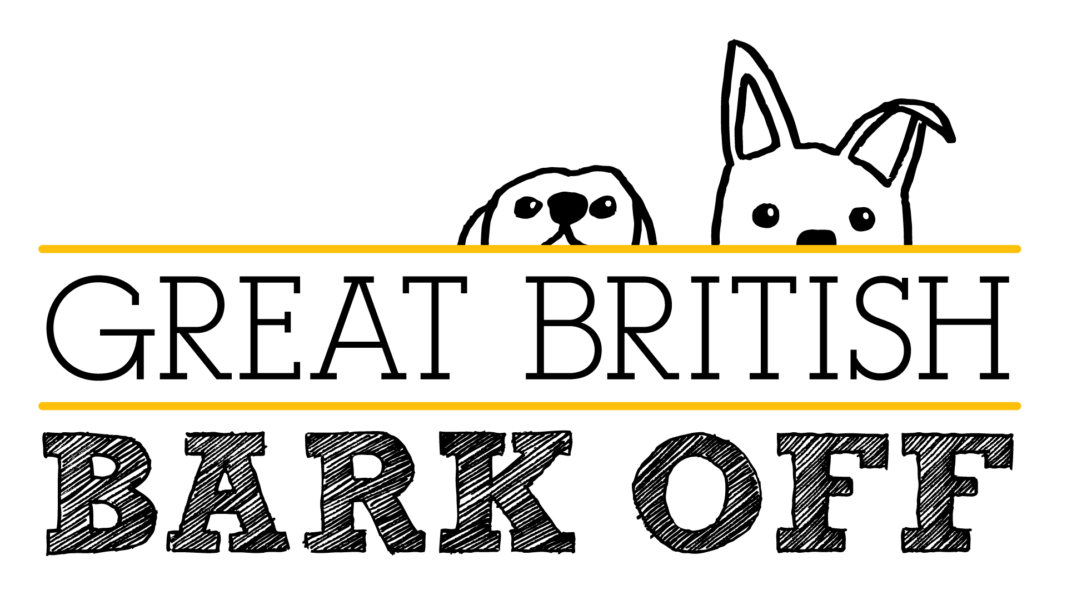 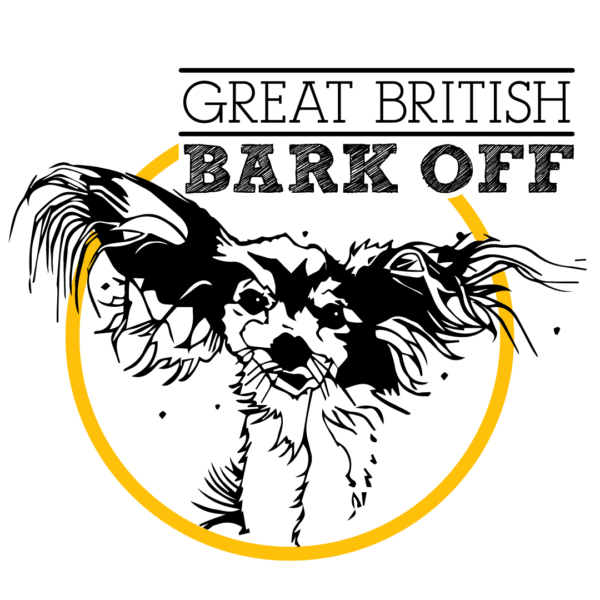 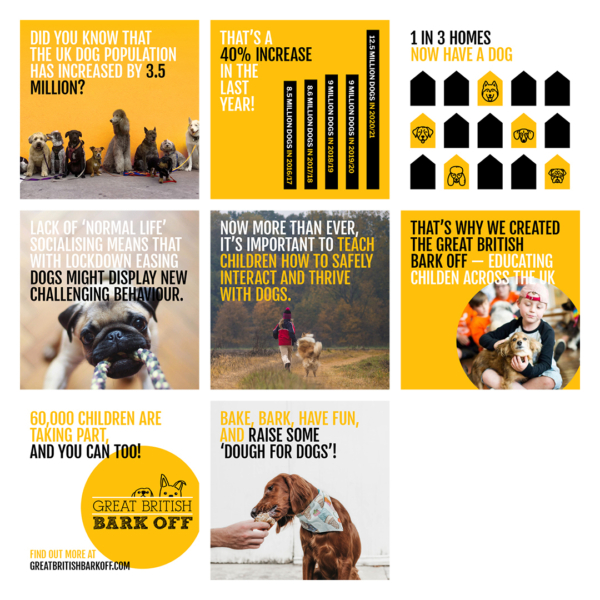 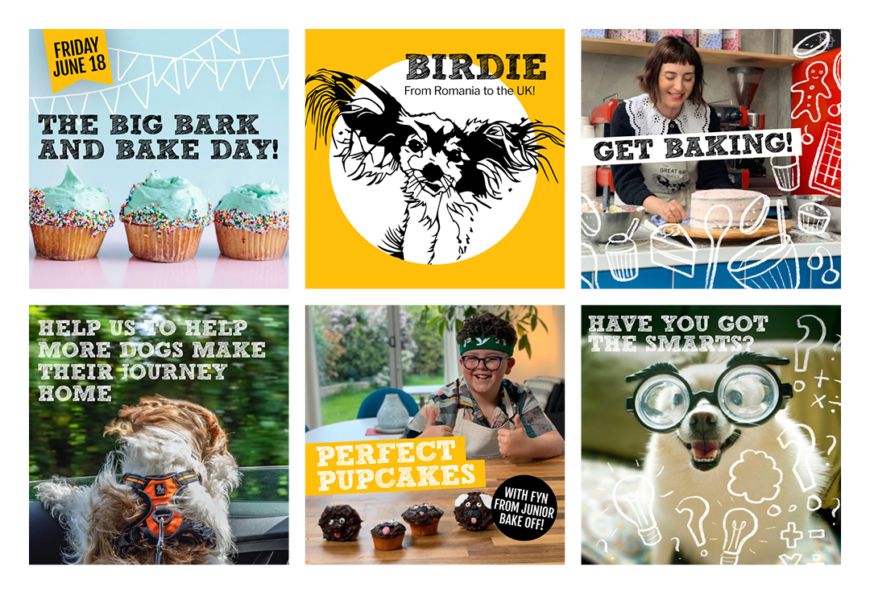 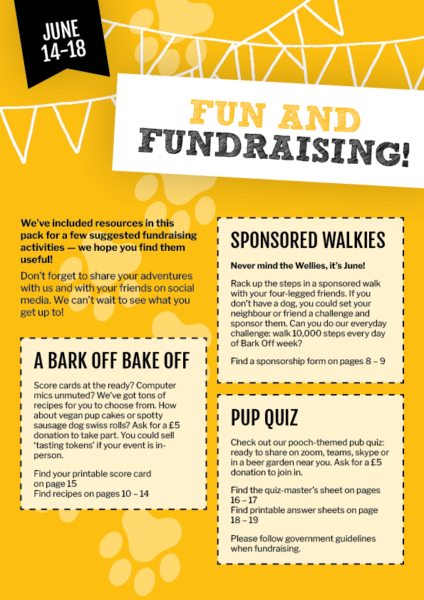 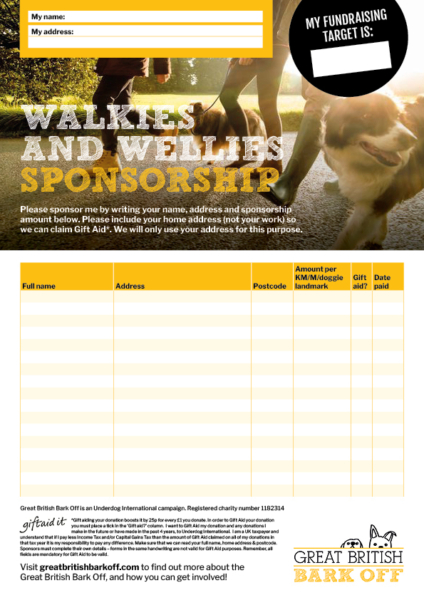 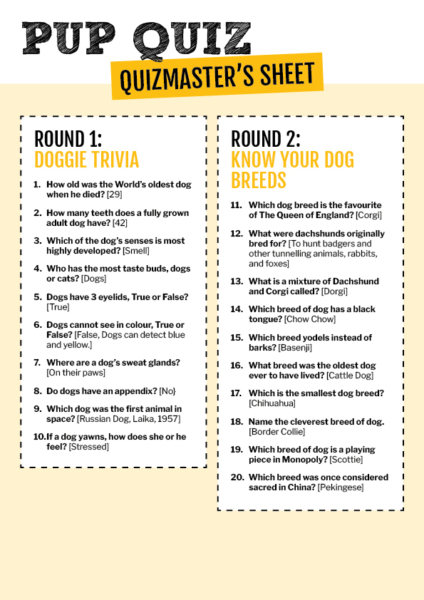 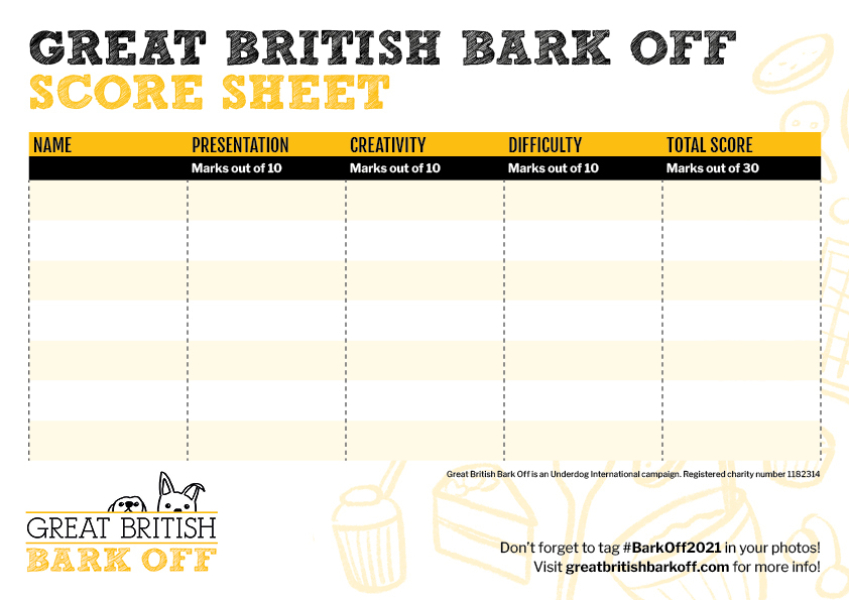 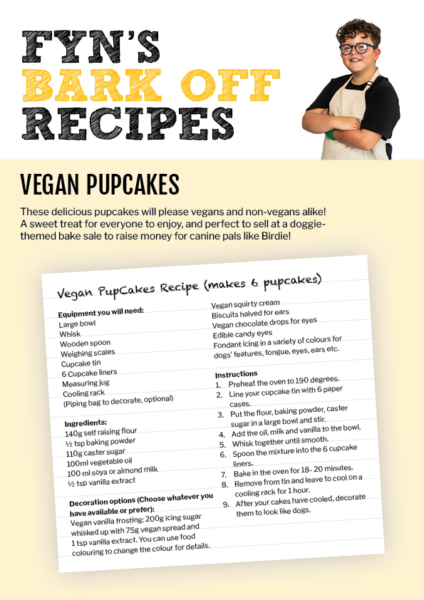 The Great British Bark Off

Super short turnaround campaign for The Great British Bark Off, an event run by dog charity Underdog International. We created the main logo (first and second slides), as well as a variant making use of an illustration of 'Birdie', the campaign's mascot which was done by a volunteer (second slide). A large amount of print collateral was created for the schools part of the campaign (pictures to come), as well as social media assets (instagram posts on slides 3 and 4), and materials for adults to join in! (Remaining slides)